Fuel Heart by Carissa Johnson, one of my first CJ favorites.

Tonight, Carissa Johnson & The Cure-Alls return to the Rock & Roll Rumble stage. As reigning Rumble champions, they will pass the crown to whomever the worthy new keepers will be. These two post-Rumble years have seen the band – and Carissa as a solo artist – tour with little stopping throughout the country.

I met Carissa at the 2016 Rumble. Or maybe it was at a Cherie Currie show I did at Brighton Music Hall. I’ll have to find that photo. I was  impressed by her style and musical taste (we’ve had conversations about Joan Jett, Mia Zapata, and The Gits) It was real. Not a manufactured aesthetic or a rock look. Plus, they covered Dead Boys “Sonic Reducer” during their Rumble set. Come on.

What I came to realize was that I didn’t know a lot about Carissa’s earliest day making music. So I asked.

Anngelle: Give me some background. Tell me out how you got your start. When did you first start playing music regularly?

Carissa: I started playing out around Boston when I was 15 in a band called Left Hand Blue. We played for about five years then split to go our own directions. I started making my first solo record For Now in 2015 shortly after the split at The Den in North Reading with Doug Batchelder. I didn’t have a band and I wasn’t in the right headspace to start a new one so I did it all myself in the studio and hired friends to play drums on the songs. I did a release at T.T. the Bears on my 21st birthday and shortly after that my band consisted of Tanya Venom of Flight of Fire on guitar and Boston area comedian Alan Richardson on drums. After some line-up shifts during the recording process of Only Roses (2016), Nick Hall took over on drums and Steph Curran took over on guitar. The band has been the trio now dubbed The Cure-Alls (Curran & Hall) for three years this August. We released our album Talk Talk Talk in early 2018 and have toured the U.S. extensively in promotion of that record.

A: What are the bands and artists that drew you to rock when you were younger?

C: When I was younger my dad would always play music in the car and at home on his stereo. I remember hearing bands like XTC, The Neighborhoods, and Presidents of the United States of America and couldn’t get their songs out of my head. I was drawn to bands like the Beatles and more poppy stuff when I was younger though, then when I was in high school I really felt more connected to what the punk bands were singing about and quickly became obsessed with New York punk bands like Blondie, Talking Heads, and The Ramones, as well as bands like Cheap Trick, the Runaways T.Rex, Billy Idol, and Adam Ant.

C: When I was playing in my first band I felt like a total outcast in high school and was just somewhat friends with everyone but didn’t have any best friends besides my two bandmates. Music just kinda got me through everything, and there was this sort of freedom in what the bands were wearing and what they were saying that felt like something I was a part of. I feel like I really found myself through lyrics from bands like The Smiths and Joan Jett and the Blackhearts. The songs just seemed to have more meaning to me than anything that was being played on the radio.

A: As a nearly-constant touring artist, what has been the welcome experiences on the road?

C: Touring has been so incredible, being able to go literally all over the map of the U.S. and meet such a wide range of folks and witness so many different scenes and places. I can’t believe the states I’ve fallen in love with that I never expected to, like Wyoming and South Dakota. As incredible as it has been, it’s had its share of challenges too, but it’s such a nice surprise when strangers who don’t know me at all offer a place to stay, food to eat, or support for just being on the road. Whenever a venue offers dinner or a place to stay it’s always a nice relief, and whenever bands or artists who are on the bills do a great job promoting and get everyone to stay for the entire show, it’s always really fun. Good weather is also always a blessing.

Pick 5 with Carissa Johnson & The Cure-Alls!

Carissa: Nickname: Any of the misspellings that happen often. My favorite that was written on a show bill once: Clarisa Johns.
Bad Habit: Forgetting the set order every show and mixing it up on the band.

Nick: Nickname: Nikki Stixx. Bad Habit: Being too hard to find by the time we have to get on stage. Usually on the roof. One time in LA Steph had to jump in the car to go find him. He didn’t know how far he traveled!

2] What are three records you have played so much you have replaced them in your collection?

Steph: Dark Side of the Moon

3] Genres are mind-numbing. Make one up for your band.

4] What song do you wish you wrote and why?

Carissa: The Story by Brandi Carlile, I think it’s one of the best songs ever written and I feel it in my heart every time I hear it. I’m glad Brandi wrote it though, but woulda been cool to call that one mine!

Steph: Precious Things by Tori Amos. It’s probably one of the best piano riffs I’ve ever heard…I’d never get sick of playing it.

Nick: Anything by the A*Teens. So good.

5] Who among the band is the one you can call in an emergency?

You’d definitely have to call Carissa in an emergency because Steph never answers her phone and Nick’s was recently stolen.

Carissa Johnson & the Cure-Alls return to the Rumble stage tonight as the special guests, along side
Corner Soul, PowerSlut, Set Fire. 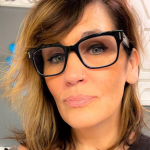