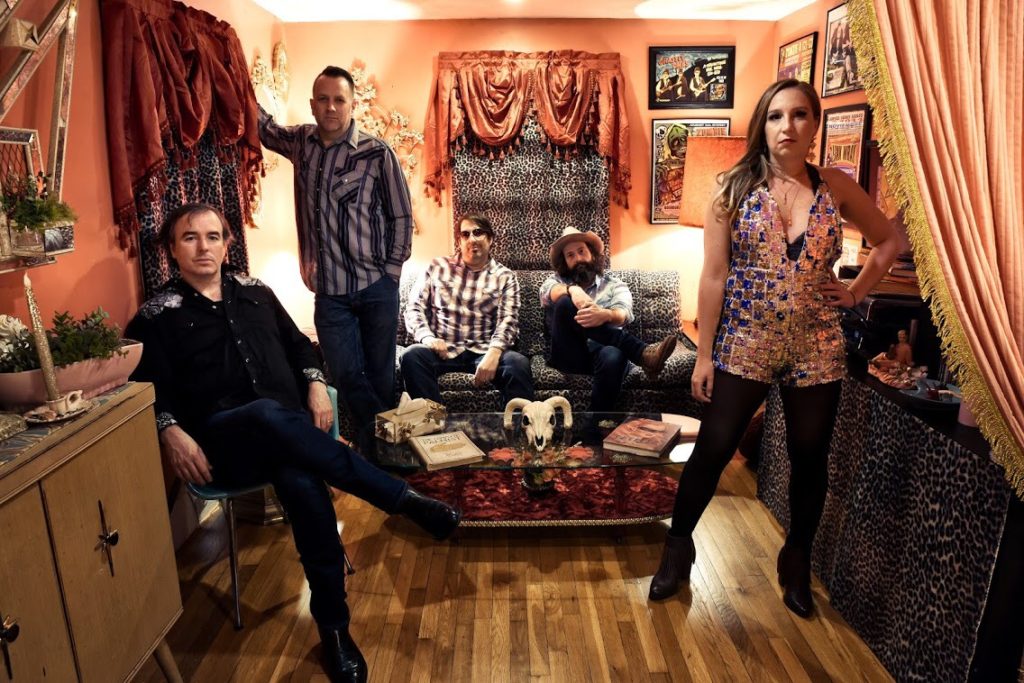 Chad Raleigh – lead guitar
Chuck Ferreira – drums and percussion
David Lieb – keys and backing vocals
Eric Donohue – bass and backing vocals
Leesa Coyne – lead vocals and acoustic guitar If you’ve ever wondered what a band drawing heavily from Rumors-era Fleetwood Mac, Lucinda Williams, Big Star, and even some Exile on Main Street-era Rolling Stones might sound like, look no further. They feel pretty strongly that they have begun to embody that sound and vibe. Even if you haven’t wondered, you have to admit; it’s an intriguing mix, right? Lonely Leesa and The Lost Cowboys, formed in early 2017, aim to bring you a sound that brings together the before-mentioned influences and then some. They take you to the place where love has died and then we sit at the bar with you, drink some bourbon, and write songs about it. The band unites a talented and veteran group of musicians from a variety of beloved Boston bands including former and current members of The Rationales, Eddie Japan, Ad Frank and the Fast, Easy Women, and The Easy Reasons.