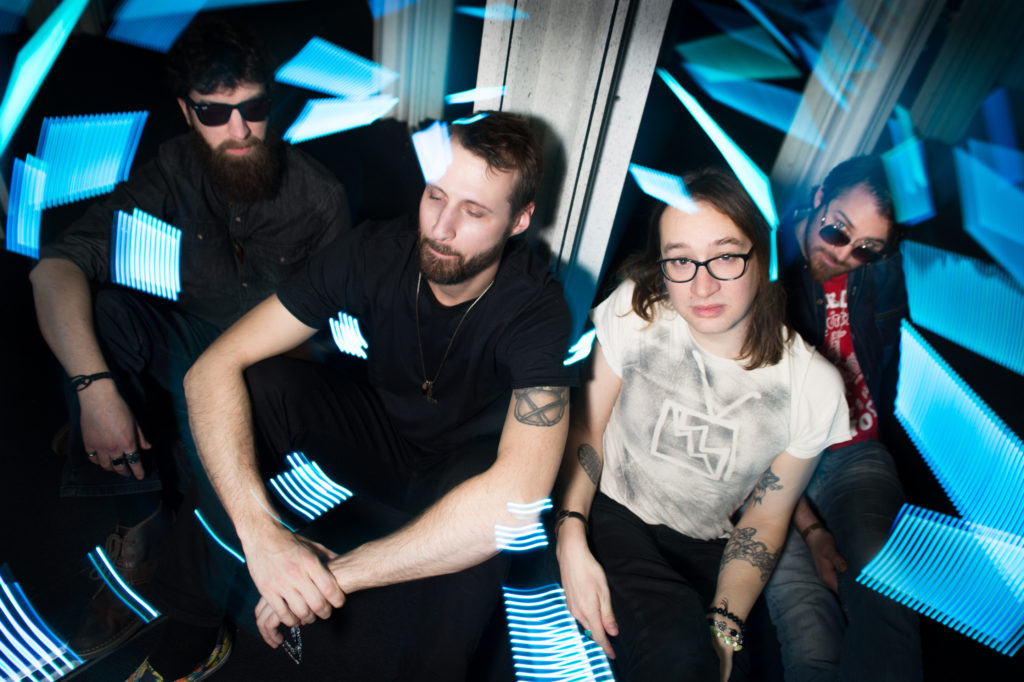 Phenomenal Sun, the brainchild of guitarist/songwriter Adi Luciano and drummer/engineer Kyle Rasmussen, formed in 2015 from the ashes of their former band. After forays into everything from dirge-blues to alt-punk, Luciano and Rasmussen bonded over a shared desire to play the music they truly enjoyed listening to. Recorded at multiple locations including Mad Oak Studios, the Museum of Science, and Rasmussen’s home studio, Sun’s debut record manages to distill Luciano’s raw, heartfelt songwriting and knack for melody through Rasmussen’s cerebral, mathematical production ear. With Tim Brown on guitar and Kevin Boldwin on bass, the young band’s muscular lineup gives Luciano and Rasmussen a polished palette to build off of. Inspired by the grunge of their childhood, the result is an emotional, hair-raising salute to the 90s with enough modern sensibility to keep your feet moving. With lyrical explorations into divinity and the cosmos, to listen to Phenomenal Sun – really listen – you accept that the music is deeper than top-line melodies and a bit of fuzzy nostalgia. Like a true phenomenon, the power of the Sun must be seen, or heard, to be believed.