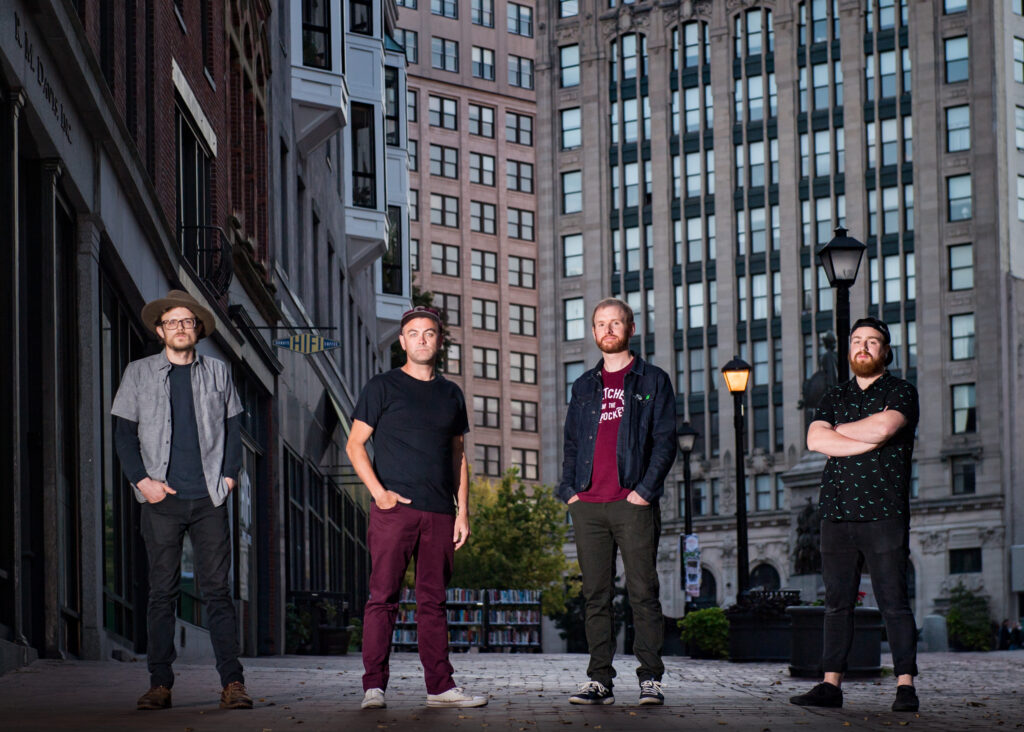 Donaher reside in Manchester, NH, that’s between Boston and a 90 minute joyride to the heart of the Granite State’s White Mountains. Playing love-struck power pop since 2017, the band is led by Nick Lavallee (Guitar / Vocals) and Tristan Omand (Lead Guitar / Back Up Vocals), Adam Wood (Bass / Backup Vocals) and Nick Lee (Drums). Donaher’s sound has been called a love child between the Ramones and Elvis Costello being raised on a steady diet of the Lemonheads and Mr. T. Experience. The Hippo Press cited Donaher’s debut album having a guest appearance by the Get Up Kids’ front man, Matt Pryor, “make it clear where the Manchester quartet’s sweet spot lay, decade-wise.” The band’s debut full length, I Swear My Love Is True, was released digitally in the summer of 2017, followed by a vinyl version that fall. New Noise reviewed their debut calling it, “an album that could have been recorded between Weezer’s poppy Blue album and the emotion-rollercoaster of Pinkerton.” Donaher toured to the Midwest and back to the Northeast in 2018, was nominated “Best Pop Act” at the New England Music Awards, and released a stand alone single, “Before Anyone Else” in the fall of 2019. Donaher’s sophomore album has been completely recorded and is expected to be released in 2020.