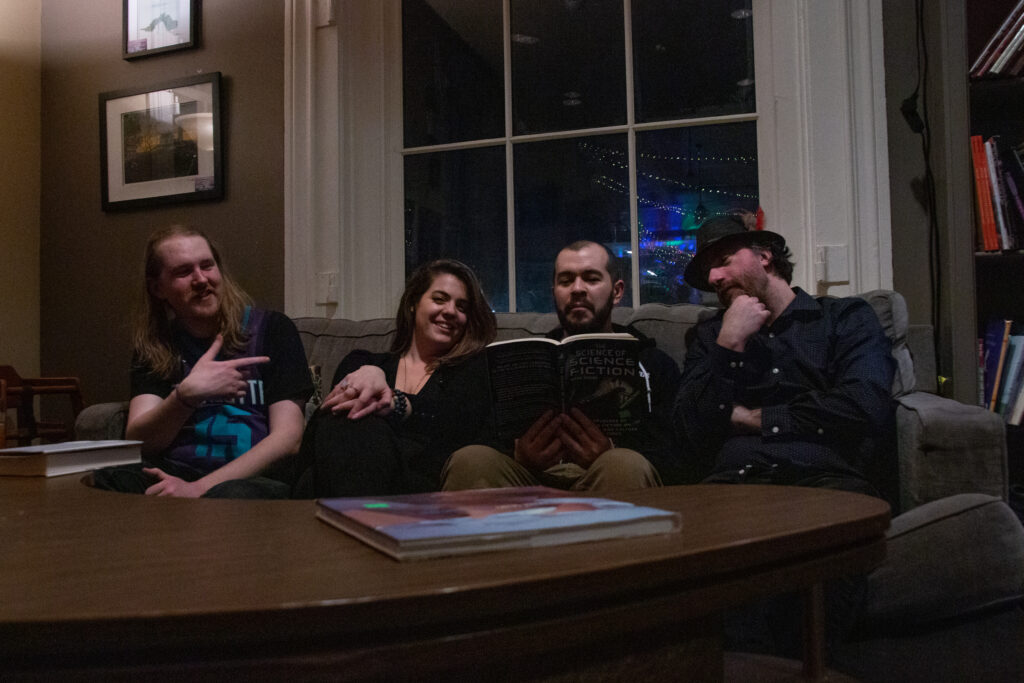 Lady Lupine are a Boston-based heavy soul band that delivers high energy performances of unique original material. The band creates an engaging live experience by cultivating visceral connections through sound. Fronted by vocalist Christina Lacoste, Lady Lupine draw inspiration from the soul of Amy Winehouse, and the sonic eclecticism of Portishead. Traces of Vulfpeck’s tight, technical funk, and Jimi Hendrix’s fuzz rock grooves can also be heard in the band’s sound.. Christina, guitarist Fran McConville Jr., and drummer Josh Cuadra met in 2010 while performing in a band called The Elements. The three were drawn together by their compatibility as performers, and continued to play music on and off throughout the years, usually under the name “Christina and Fran”. In 2017, Lady Lupine was formed and began developing material that combines the respective members’ loves of classic soul and modern heavy rock. After a year of searching for a bassist, North Carolina Native and lover of sludge, Xander Hayes was introduced to the group by a mutual friend. It was love at first gig. Xander and Josh provide a driving and edgy underlying layer that supports Christina and Fran’s soulful leads. Lady Lupine released their debut EP, Trust, in October 2019 and play throughout New England.