Boston Emissions began airing on 104.1fm WBCN in the 1980s (reportedly 1987, according to Carter Alan’s book, Radio Free Boston: The Rise and Fall of WBCN). Throughout this time the show has been instrumental in introducing and establishing thousands of Boston and New England bands. The mission of the show is to expose and support independent bands and artists of varying rock styles from Boston and New England.

Anngelle Wood has been host since 2008. Boston Emissions plays original music from active bands and artists playing around the Boston metro area. If you are from New England and actively playing, send music and band info. 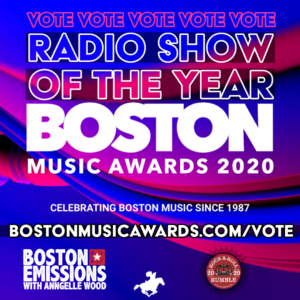