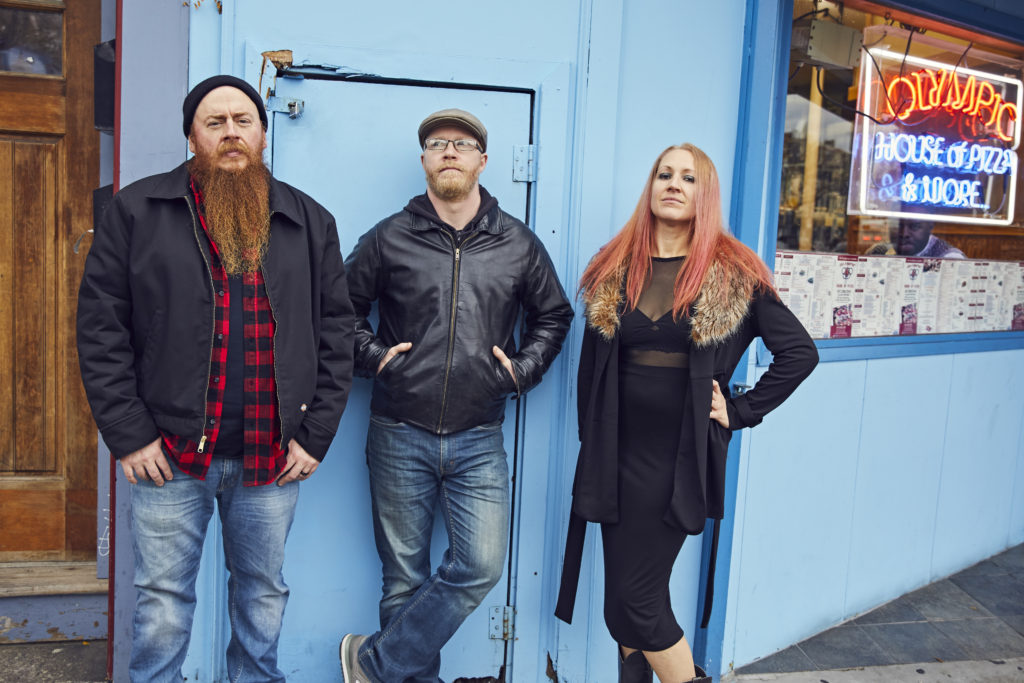 Set Fire are a three-piece hard rock band from Boston. The dual lead vocal attack of Jim Healey and Jess Collins was years in the making. Both, having fronted such heavy weight bands as We’re All Gonna Die, Black Thai, Mellow Bravo, and The Static Dynamic, knew they wanted to start something much more meaningful and deeper. Collectively with multiple decades of experience and their musical powers combined, they bring you on a melodic journey of heavily 90’s rock-influenced sounds alongside stoner, electro, and ambient accouterments. This powerful vocal duo are smoothly streamlined together by the glue of Rob Davol’s, another legacy member of Boston’s hard rock scene, bring mammoth beats to their dark and dynamic sound steeped in raw emotion and heaviness that sets them apart from what you might expect. Prepare for big harmonies and bold riffs that are not ordinary.