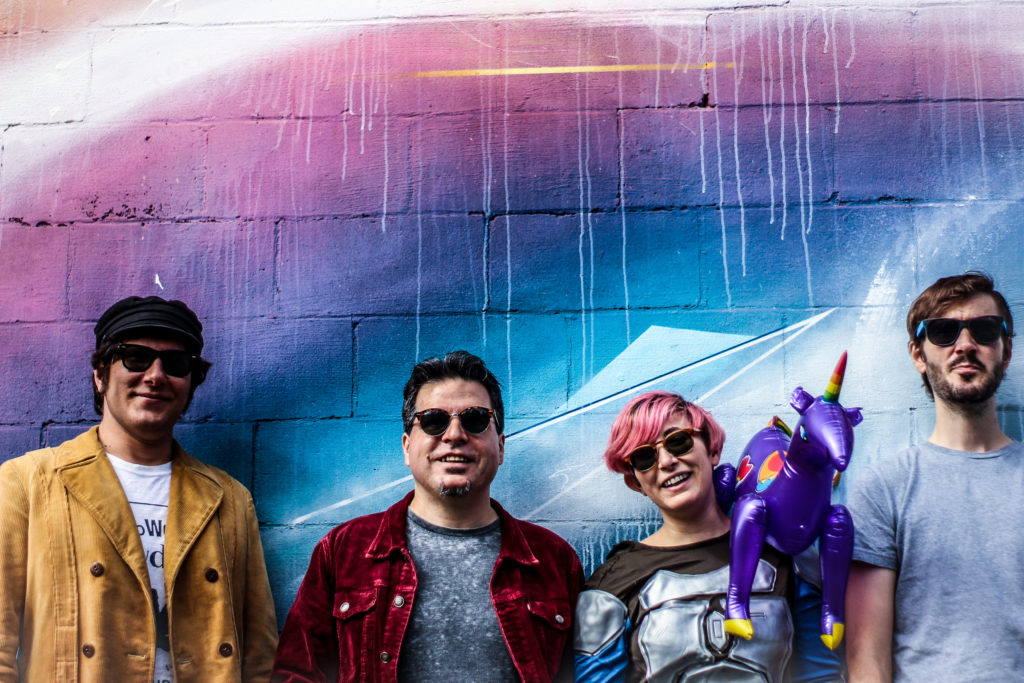 PowerSlut sound like the late ’80s-early ’90s guitar based “College Rock” that you fondly remember from listening to WFNX and WZBC, akin to Pavement or The Pixies, while lyrically channeling the empowered sexuality of such modern mistresses as Peaches and The Gossip. In short: “Wisecracking, potty-mouthed, ‘slut positive,’ volume-cranked, indie rock with something of a ’60s vibe and a lot of contemporary attitude” (Greg Cook, WBUR). In 2014, PowerSlut released their debut album, With Great Power Comes Great Slut, with the lead single “Commuter Rail Me.” This song has titillated many an MBTA commuter. Their sophomoric second album, The Second Coming, was recorded by the exemplary Benny Grotto at Mad Oak Studios and released in 2016. Professional aesthetic philosophers deemed it “witty and fun” (Worcester Telegram), “music that messes with the listener’s expectations and pokes fun at society while still satisfying sonically” (The Deli), with some of “the greatest lyrics to ever come out of our town” (Vanyaland). PowerSlut is just glad that people ‘get it.’ In December 2017, they recorded and released the four song EP, Go Fuck Myself, that featured the hit song of the summer (released in winter) “Hot Tub Wingman,” and the band made a very sexy video for it that you should watch ASAP.