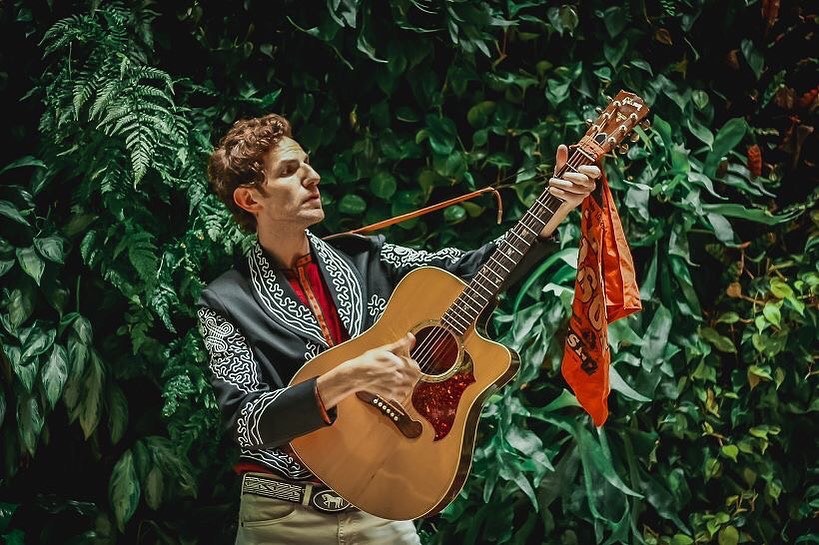 Yoni Gordon and the Goods make music that is hook driven, melody forward, brimming with a restless kind of energy, and played with a muscle and might that can only be achieved after having sweat it out on stage night after night for close to 20 years. You’ve got yourself here a songwriter who is interested in telling his story, your story, our stories, with a voice and guitar style that always has a little bit of grit and a ragged edge to it. Then you put him in with a band of musicians who all think like producers, and all play in service to the song. What you end up with is a band that writes the kinds of songs that you swear you’ve heard before in college and you know a whole bunch of their hits, but in truth you’ve never actually heard this tune before…
Yoni, Scott Eisenberg (drums), and Fez Aswat (bass) formed the band back around 2000. They sprang to life as a bar band, taking the stage for three hours at a time at Toad and Lizard Lounge. Their sound turned into a political, punky, dance party in the mid 2000s, but once Wes Shippee (keys) joined the band the sound got leaner, meaner, and stronger. Slower, lower and heavier. With the release of their latest record FEARLESS MORAL INVENTORY, Yoni Gordon and the Goods have branched out into newer, more supple sounds. The songwriting approach portrays a wisdom and vulnerability not found on their previous records. But the onstage, they still know how to bring the power.