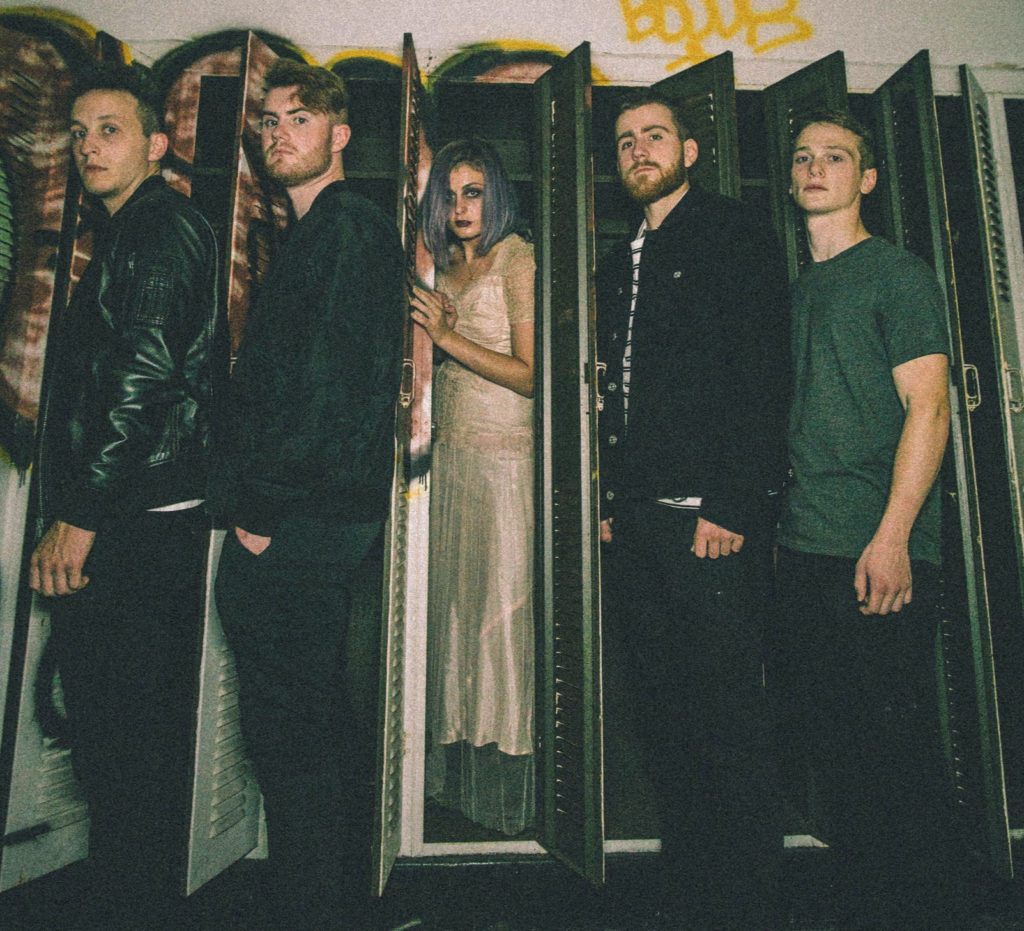 Exit 18 are a dynamic rock quintet from Beverly, Mass. Growing up in the same circle of local bands, the group was started in 2013 by songwriters Julia Perry and Sean Leahy as well as Doug Mears and Darren Muise following the disbandment of their own groups. After spending a few years in the local circuit, the group added Julia’s older brother Dylan Perry in 2016 and began to collaborate and perform throughout Boston. Unmistakably a rock ’n’ roll band, Julia’s often dark, intriguing personality along with her emotive vocals and stage presence mix well with Sean’s unique guitar style and knack for harmonies. In 2017, after spending the summer working on new material at home as well as in New York City, the band released their debut single ‘I Don’t Need It’. In January of 2018, the Perry’s sent their parents out for the night and the group threw a house party where they filmed their first music video for their next single, “All Yours”. Shortly after, they released another single “Control The Mass”. The band went back to the studio to record and released a double single in September of 2018, “You Can’t Trust The Summer” and “Broken Bones”. A band that prides themselves on their live performance, Exit 18 spent much of 2018 performing at famous venues such as The Middle East in Cambridge, Mass as well as Piano’s in New York City. Their unrelenting energy and theatrics brought much acclaim landing them an opening spot for Lez Zeppelin as well as radio play in Boston. With a plan to release their debut record in 2019, Exit 18 shows no signs of slowing down with new music to be released this Spring.