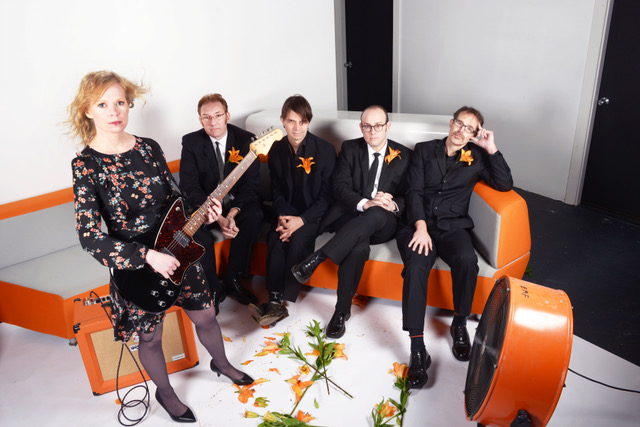 The Daylilies are a new band composed of legacy players from New England rock and roll scene featuring members of Mistle Thrush, Reverse, the Fast Easy Women, Lifestyle, The Feather Lungs, Dragstrip Courage, and PermaFrost. Their music draws on this experience to form a sound that can most easily be described as pop–though electronic rock, post-grunge and new wave are also often correct. The Boston Herald describes them as “legit weird like the Talking Heads at CBGBs or the B-52’s at an Athens house party or Mission of Burma at the Rat, (going) from dreamy shoegaze to roaring in two bars.” The band released its self-titled debut EP in January 2019 to a sold-out show at the Burren, in Somerville, Massachusetts, and began recording its second record in February.  Collectively, the Daylilies have three 13-year old daughters.