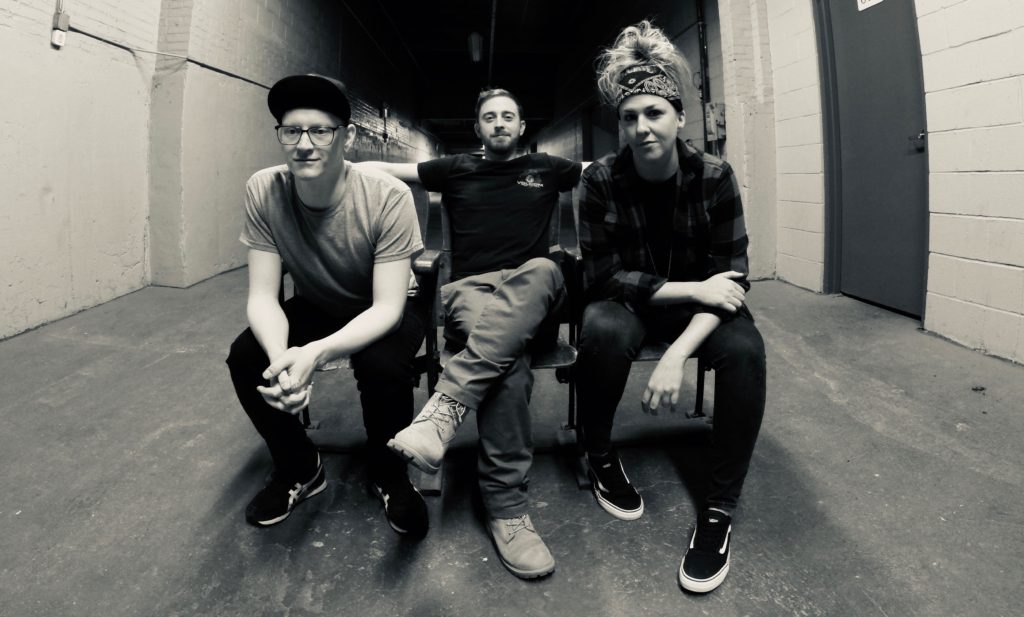 SkyTigers began in 2010 as a new project from former members of the Lowell, MA pop-punk band, Easton Legacy. SkyTigers initially remained loyal to the heavier pop-punk sound recognizable to those familiar with their history, and Jesse Graham’s melodic word play. When Graham moved out West in 2012, bassist Brian Linehan took over vocal duties. SkyTigers soon recognized that the band would need to reformat to a sound more suited to Linehan’s mid-range, panicked yelling. Swapping songs about heartache for those about insomnia, crippling anxiety and depression, Linehan’s vocals together with then-guitarist Jon Cogswell’s face-melting solos transformed SkyTigers into the musical equivalent of a panic attack. With Moloney behind the drums keeping everything reasonable and orderly, SkyTigers’ sound, although hard to define, falls somewhere on the continuum between heavy metal and punk. Because of this, SkyTigers find themselves very much at home as “the heaviest band on the punk show.” In 2015, Cogswell too ventured West and the search was on for a replacement. After a careful search, the band found Rochelle Ferguson. Shredding with technical precision, Ferguson joined Linehan and Moloney, and together they generate a fast and heavy sonic turbulence that one astute listener described as “power depression.”