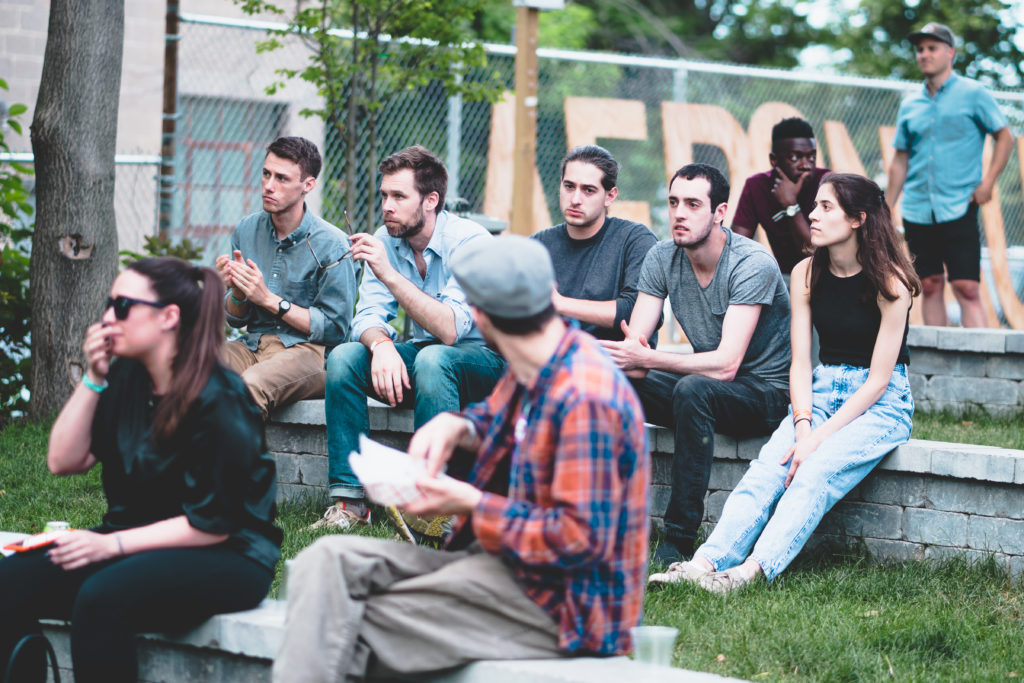 Jakals are a Boston-based alternative rock band whose honest, wrenching vocals and untamed, 90s-stained instrumentals create a tempestuous sound that weds the contemplative with the cathartic. In 2018, Jakals released Bat Brains, a six song EP and the follow up to their debut album, 2017’s “Keep Mother Sane.” Since forming a year and a half ago, Jakals have toured throughout the US and consistently play shows across the Northeast and Midwest. The band has received radio airplay and have been featured in regional publications to help them become a widely recognized presence in the Boston music scene. With a sound at times vaguely reminiscent of PJ Harvey, Angel Olsen, and the Pixies, Jakals craft dynamic songs as complex as the emotions and personal struggles they grapple with. Over the course of six songs and 30 minutes, Jakals reflect a deeply personal purgatory of addiction, trauma, and disconnect.