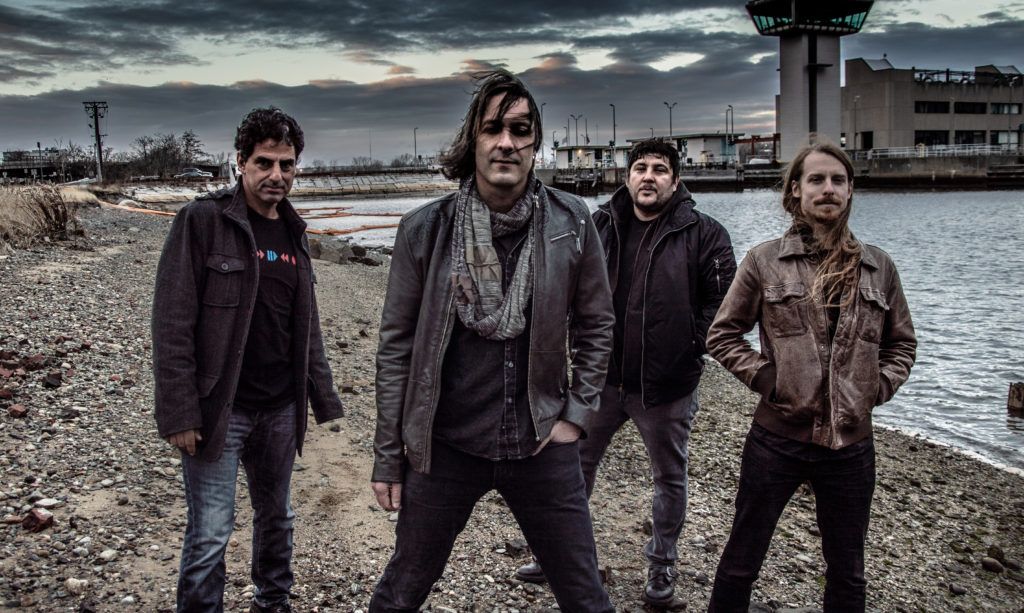 In the spring of 2016, Rodrigo van Stoli found himself without an original band. He had spent the past three years in Gymnasium, whose music he loved but didn’t write, and it had run its course. BrownBoot’s soul rock was long defunct, and this served as the perfect chance to go back to his roots – the heavy rock he had grown up on, but had always foregone in favor of more opportune projects. So he called old Topheavy bandmate, drummer Mike Martino, who was playing in Airport and looking to do something with a harder edge. Ready to dust off the guitar after primarily being a lead singer for a few years, Rod called bassist Peet Golan (Waltham), who agreed to jam and see what happened. Martino, Golan and van Stoli soon had a few songs under their belt, and one major problem: the riffs were great fun, but nearly impossible to play and sing at the same time. They needed a wizard on guitar, preferably someone who was not a metalhead, and would add depth and dimension to their sound. As Rodrigo put it, “My favorite metal bands were not made up of metal heads. They were blues guys who just enjoyed playing really loud”. Enter Jared Egan (Sidewalk Driver), and OfficeR’s lineup was finalized. Jared joined just in time to record the band’s upcoming EP – supported by the internet singles “MoonMan” and “The Red Prince” – at Q Division Studios with Matthew Alexander at the helm. OfficeR’s dynamic style has earned local praise, and they have found their groove after a few live performances. Heavy, melodic, and treading a path less traveled by current metal acts, OfficeR are ready to share their epic tunes with the city and the world.