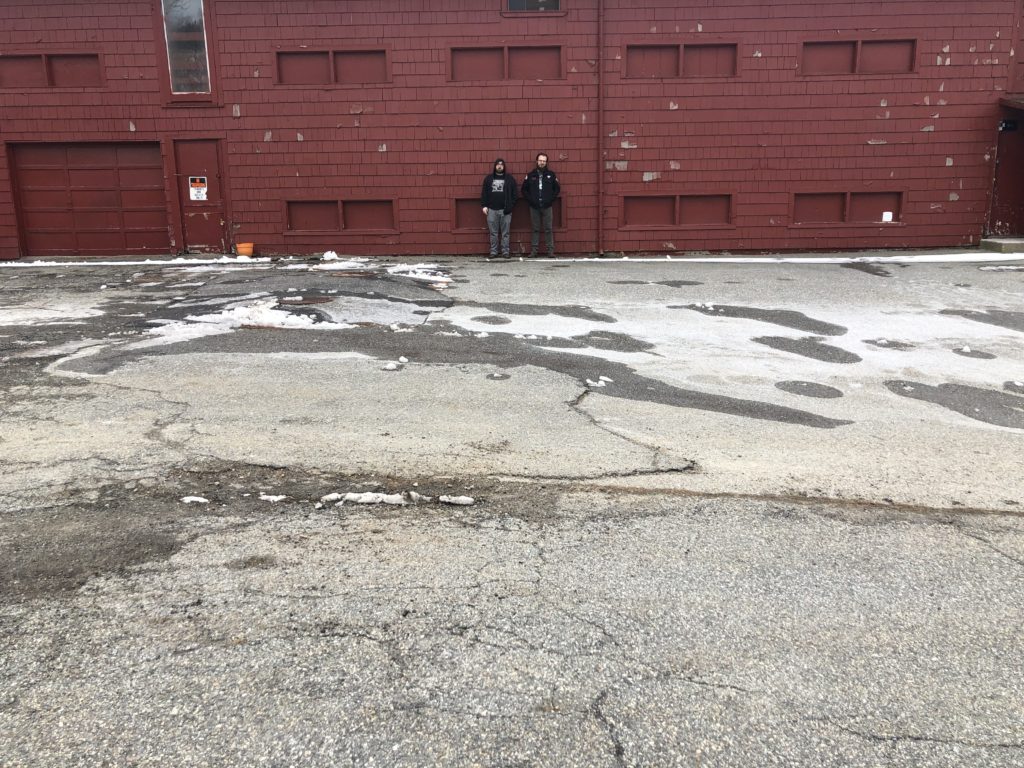 Knock Over City began as the acoustic side project of Nunziantte DiBenedetto (Panic Candy) but shortly expanded to include Joseph Campbell (Jack Burton vs. David Lo Pan, Lucy Grace, Stars Fell On) on drums. They released their first EP, Oh, Jeez, a collection of acoustic demo recordings in January 2014 followed by the full band effort, Michael EP, in February. Throughout 2014 Nunzio played a handful of acoustic shows, primarily opening for hardcore and metal bands and, in October, they released, Settling, another primarily acoustic record. The next two years saw them expanding their live act to a two piece and the release of, No Funeral, in June of 2016. Shortly thereafter Richard Surette (Hoof, The Slurred Murrays) joined on bass and solidified the band as a power trio. They played frequently throughout Massachusetts, especially in their hometown of Lowell, and released a split with BEDTIMEMAGIC in July of 2017 followed by the full length, it’s bad, dude, in April of 2018. After establishing themselves as a live act to be reckoned with Richard left the band in November of 2019 to focus more on family. January 2020 saw the release of the 2-song single, Dungeon Module 420, and Tracy Putnam (Lockette, Elephants, The Way Down) filling in on bass.

LISTEN TO KNOCK OVER CITY