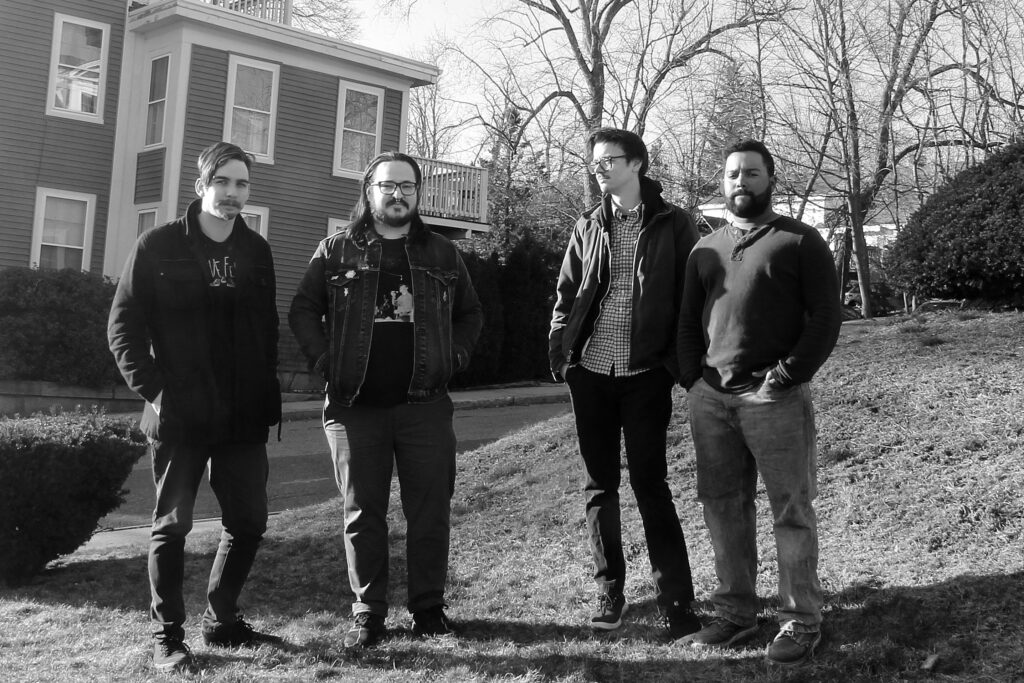 Motel Art play rock music with atmosphere and depth, mixing lyrics about human existence and experience. Though subjects may get heavy, the weight is offset by sometimes humorous and cartoonish samples throughout their performances. The band began in 2016 when Benjamin Bunker (BEDS, Baja Blasters, SubPunch) and Eddie Cedeno (Oak Haven) met during an acoustic open mic at the Riverwalk Cafe in Nashua, NH. After discovering they lived just minutes away from each other in Haverhill, Mass, and were both looking to start a new full band, they enlisted the help of Oak Haven’s Brett Murray on bass. Dylan Peters became their regular drummer. The band recorded their debut EP, Continental Breakfast, in 2017 and Peters left the following year. While the band was on a short hiatus, fan and local musician Daniel Donovan (Mallcops, Spirit Bomb, The Good Boy Club) asked Ben about the band’s absence while attending a BEDS show and volunteered to join their new drummer. New EP, The King Of Losing Contact was recorded at Dover, NH’s The Noise Floor with producer and engineer Ryan Stack, and is scheduled for release in March 2020.