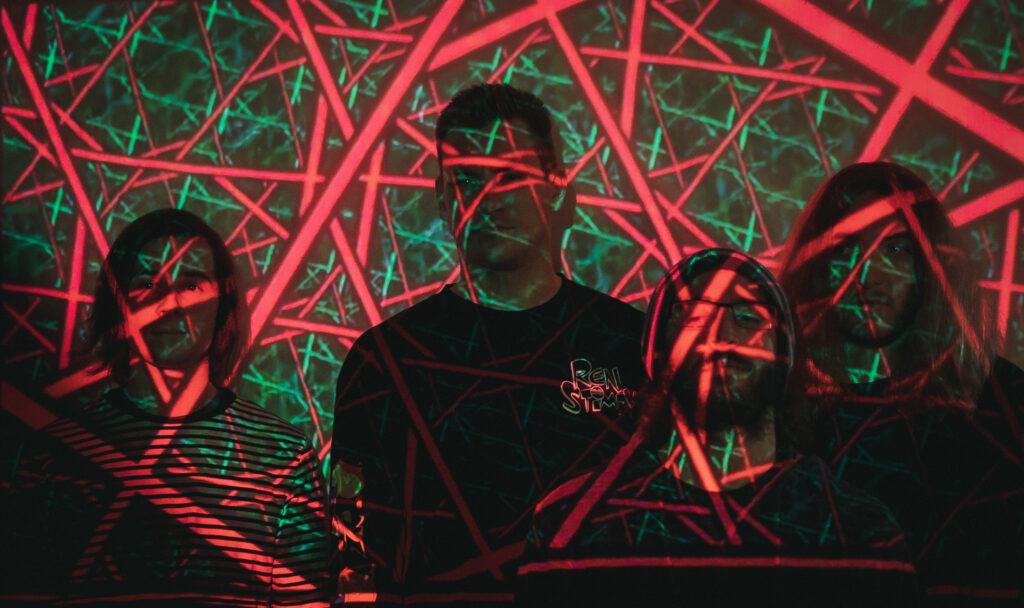 Matt Bass – vocals and guitar
Jordan Scarborough – guitar
Austin Wilson – bass
Mike Buono – drums
What began as Matt Bass’s solo project in 2014 in their hometown of Pembroke, Mass, The Endorphins evolved into a four-piece and relocated to the city’s Allston/Brighton neighborhood in 2016. The first full band release came in the form of a three-song demo—appropriated named, Demo, in February 2018, that the band recorded in their basement shortly after relocating and focused on playing shows around Boston and writing new material. After losing a laptop hard drive filled with new material the band recorded in the spring of 2018, they began researching studios. They spent a week at Dead Air Studios in Western Massachusetts with Will Killingsworth in March 2019 hoping only to record a few songs, an EP if they were lucky. At the end of the week, the band had tracked 10 songs in total, and shifted focus to releasing their first album. Around this time the band recovered that hard drive they believed to be lost forever, and got back most of the recordings they did the previous spring. The basement sessions ended up being mixed and mastered by Killingsworth and were released as singles across a three month period that spring. The band spent the Summer of 2019 preparing to release their debut full-length, Dementia Paralytica, in October through No Noise Records. The Endorphins toured the Northeast in February 2020 and are currently planning a summer tour and are continuing to write new material.

LISTEN TO THE ENDORPHINS