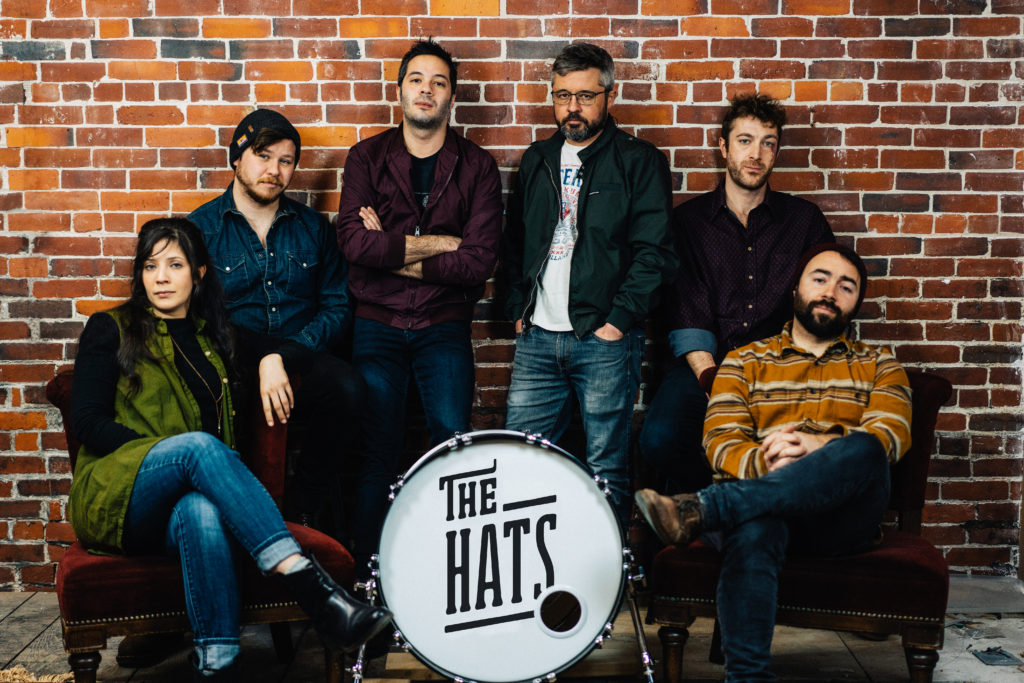 Heavy hitting, hook-filled indie rock out of Somerville by way of New Hampshire, The Hats – originally Pat & the Hats when they formed in 2012 – became a regionally recognized name, receiving a 2014 New England Music Award for Best Pop Act, and a nomination in the same category in 2015. The diversity in the indie/pop-rock band’s sound found them sharing bills with Lucius, Lake Street Dive, and the late Charles Bradley. Inspired by a destructive and loss-heavy apartment fire in June of 2016, they re-branded as The Hats, and self-released their first full-length record, Chemical Drippers, in the Fall of 2019 and features personal, more eclectic lyrical subjects, and more intricate arrangements from the band. They continue to live together, see the fire as something of a blessing, offering a chance to start fresh with a focus on the more important aspects of their music.

LISTEN TO THE HATS