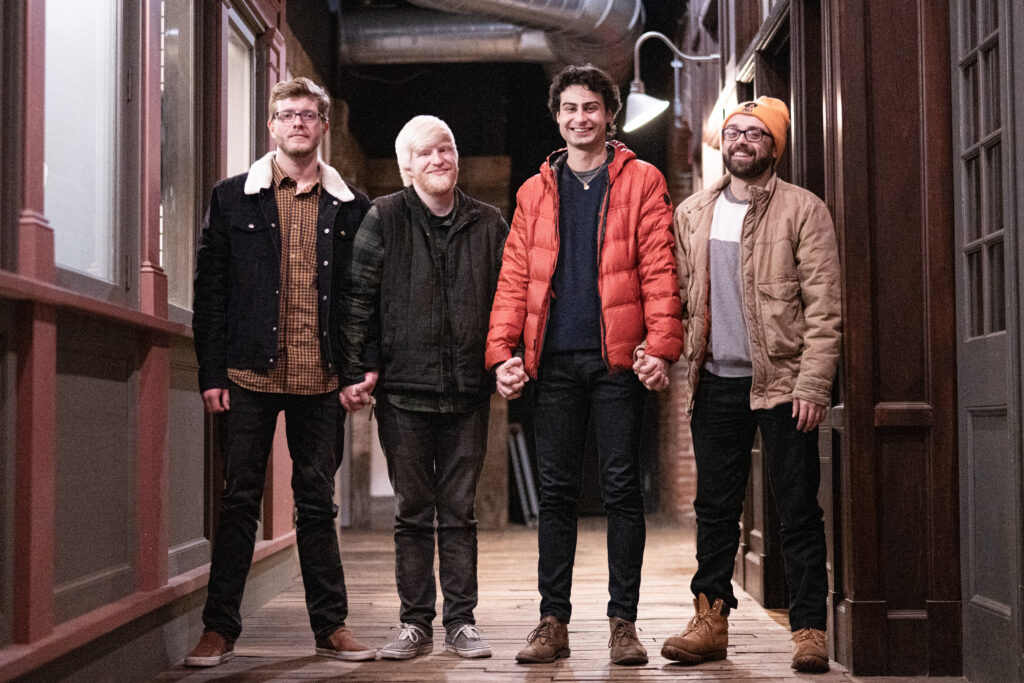 Lowell’s The Shirts and Shoes are a four-piece rock band whose sound captures the familiar feel of classic rock and the contagious energy modern rock, lure the listener in with a diversified range of style composition. Formed in 2015, on the 14th floor of Fox Hall at UMass Lowell when singer and guitarist Tyler Charron, invited his dorm mates to jam. Tyler and drummer Eric Gonnam had played together since middle school, and, as it turned out, those dorm mates Emiliano Calvo played guitar, and Alec Gervais played bass. The four have been steadily writing, recording, and playing out since freshman year of college. Up until now, the band had self-produced their music. The Shirts and Shoes are working on their first studio release with producer Jamie Rowe (The Record Co). First single, “Wolf” and the accompanying music video from the forth-coming record was released in October 2019.

LISTEN TO THE SHIRTS & SHOES