1] Where is your band from?

We are sort of from Boston. We practice in Malden because Bob at Sum Studios is a great guy and gentrification pushed us out of EMF in Cambridge. In the early days (three years ago) we were based in Jamaica Plain, but practiced in Framingham when the JP basement flooded. Which was constantly. Half of the band still lives in Boston but our rent is certainly going up.

2] Introduce us to your band, share nicknames and bad habits.

3] The Rumble is 40, that’s more than 900 bands who’ve taken part. Who’re your favorites (hint: there’s a wiki page that lists most of them)?

Morphine, Cave-In, Drexel, Scissorfight, and Piebald. We grew up seeing those bands and listening to their records, and still do. Being included in this with so much history and amazing Boston bands taking part over the years is an honor.

5] What are three records you have played so much you have replaced them in your collection?

More about Motel Black on their Rumble page. 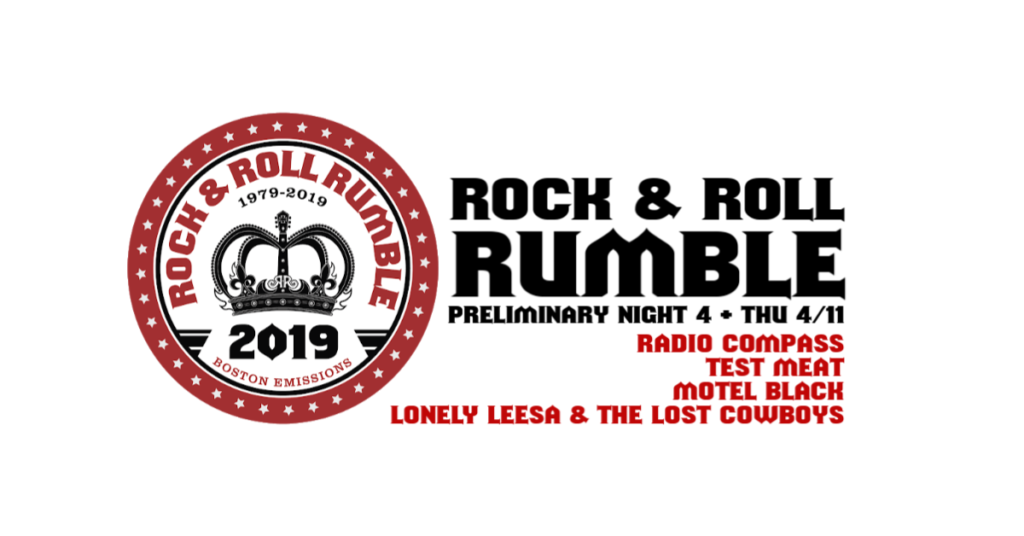