1] ​Band member dynamics are fun, right? Introduce us to your band, share nicknames and bad habits.

blindspot consists of Alexa Economou on vocals and rhythm guitar and Chris Cormier on lead guitar and/or drums and keys. They have been performing and writing music together for about 4-5 years, starting with a tiny open mic night all the way to now where they have toured the country numerous times and played in 23 states and counting.

Hmm, nicknames. Chris has been called “Swizz Chris” (totally fits his vibe right?) and Alexa usually gets “Stevie” as a female alternative to her idol, Steven Tyler of Aerosmith. She also used to be known as “Smitty” in her softball years and still runs into people who call her that in her hometown. “Lex” is cool too.

Bad habits. We probably have a lot, but who doesn’t? Musically, we are total perfectionists so that can be a blessing and a curse. We know exactly how to get under each other’s skin so that we can annoy each other (sometimes fun, sometimes not so much). Lex makes too long of to-do lists while Chris takes too long of naps. Some would say we both buy too many guitars, but we would disagree.

(plus Ryan Manning on drums)

(There was no guilt in the answering of this question).

“Somebody Else” by The 1975. We have been SO into The 1975 lately that we even scheduled our next tour around seeing them live. They have such a fresh sound so any of their songs could have answered this question, but we chose this one because it is chill and simple yet powerful and beautiful. Its message is so relatable as we’re all guilty of only wanting things when we’re in the mood and feel like it. Sonically, it proves that you don’t always need a screaming vocal or any instrument showing off to write a great song. All the elements work together perfectly to achieve a mesmerizing vibe that is catchy and leaves you wanting more.

Achtung Baby by U2: We love this album for the way it has defined an alternative sound for bands like us. It would be simple to say The Joshua Tree is U2’s best effort, yet this album is a response with such a modern twist. Every song has inspired us in some way.

Hot Fuss by The Killers: Another album where every song is good and even cooler because it was their debut release. We chose it because it is such a rebellious effort to stand out and be heard with seemingly no pre-meditated or calculated effort.

Blue Sky Noise by Circa Survive: The love we have for this album gives a taste of the heavier side that comes out in our songwriting. The raw angst never gets old and always makes an appearance in our car ride playlists.

5] What do you have to say to your 23 competitors?

First of all, congratulations! Performing in The Rumble has been high on our bucket list so this is a huge accomplishment for us and we can only imagine that all of you feel the same way. While we understand that it is a competition, our main excitement comes from the opportunity to network and create friendships with everyone that will continue after this year’s Rumble is over and hopefully into the remainder of our careers. We can’t wait to share the stage with you, be introduced to new music, and see what everyone is all about! Let’s do this!

More about blindspot on their Rumble page. 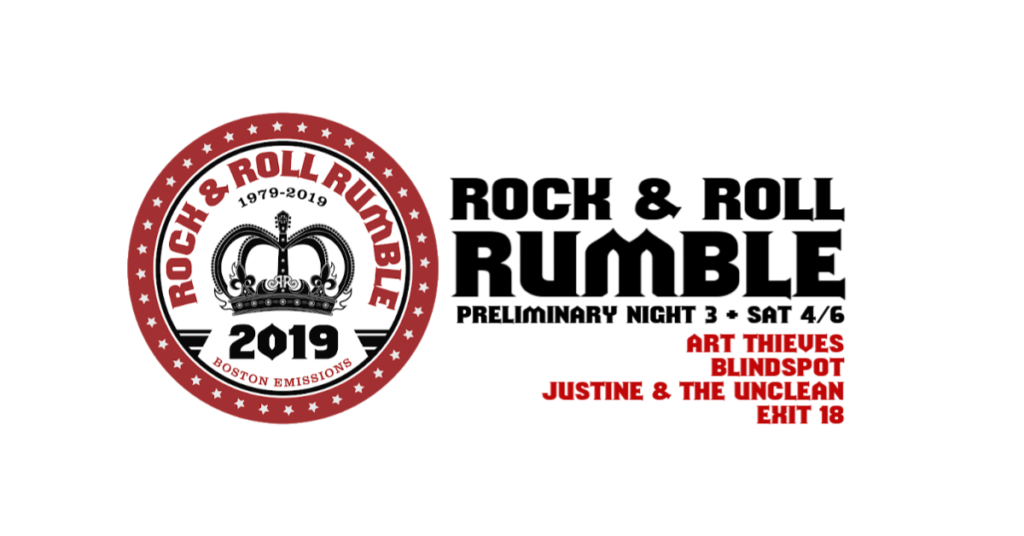