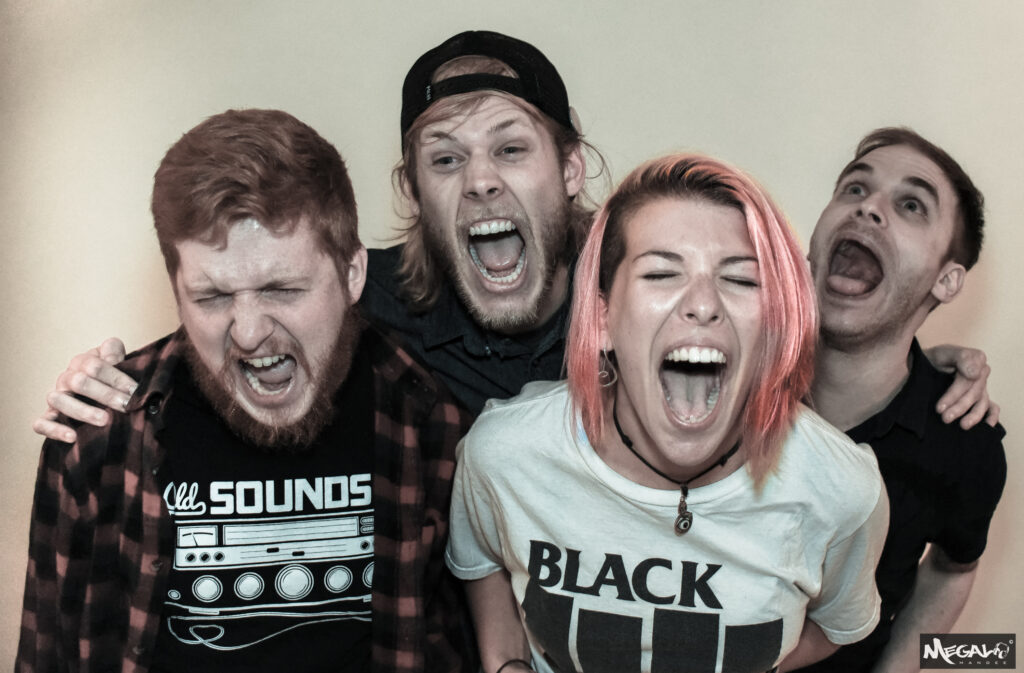 Since late 2014, Wildcat Slim have kept their earthly home somewhere in the void between Lowell and Boston, MA. The lineup of the band consists of rock solid and groovin’-as-all-hell musicians Josiah Koven-Matasy on bass (formerly of pop-punk outfit The Yellow Team), Savannah Marshall on drums (formerly of Johnny Fireseed and the Junkyard Dogs, Nicole Berke and the Gems, and currently of Lowell’s The Party Band), and Isaac Maupin and Matt Bailin on guitars (currently of The Party Band). Everybody takes their turn singing and sometimes a few fun new instruments make their way out onstage. The music of Wildcat Slim has an undeniable twang and charm. It fits somewhere in the broad tree of rock n’ roll.  One fan described their live Wildcat Slim experience as a ‘shit-kickin good time’, full of tight, energetic, soulful music. Every song that is written or performed by the band is brought to life by honed-in musicianship, driving instrumental solos, and an unwavering rhythm section foundation. Songs like “Kickin It” and “You Can Still Get High From A Roach” show off the band’s funkiness and light mentality, while other tunes like “Agoraphobic Road Song” or “PTW” paint a darker image of our place in time. Wildcat Slim will release new recorded singles in 2020 starting with a pensive-yet-searing cut called “Two Ships”.