All of us are originally from in or around the great city of Boston. We all live in the city and love The Bean and love representing it

2] This is the 40th anniversary of the Rumble. It officially began at the legendary Rat in Kenmore Square. It closed in 1997. What is your favorite rock venue that isn’t around anymore?

The Rat is our favorite venue that isn’t around anymore. We’re all too young to had gone there and so many of our favorite bands went through there like Bad Brains, The Ramones, The Beasties etc… I mean, even Quiet Riot and Wu Tang rocked that place. We missed out.

3] How are you preparing for your Rumble performance?

We are preparing for the rumble by ignoring our gym memberships and getting 86’d from local bars.

4] Collectively how many band t-shirts do you own?

We collectively own 206 band t shirts. 205 are Baabes shirts and 1 is a Blink 182 shirt that Frankie won in a raffle at Canobie Lake Park… which he still goes to for some reason. And since he refuses to wear it, he can’t lose it or ruin it so it’s here forever. (FYI… It’s a medium if anyone’s got bad enough taste to want it??)

5] What do you have to say to your 23 competitors?

More about Baabes on their Rumble page. 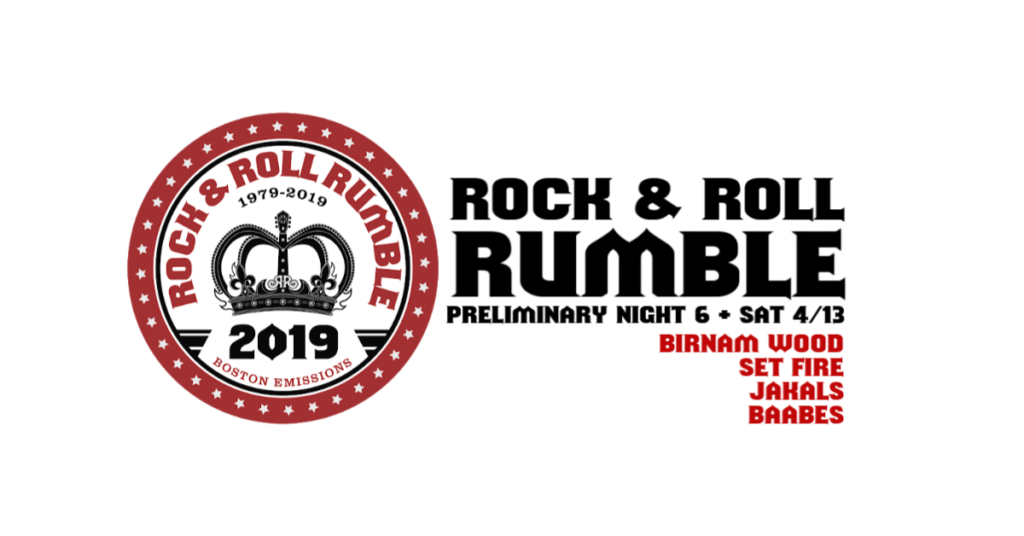