1] Genres are mind numbing. Make one up for your band.

Protoepicprogmetal (with twist of Bowie)

2] Do you have a Rumble memory from past years?

Watching the Damn Personals in ’99? 2000? and wondering how Oscar-winning songwriter Ant Rossomando got so much damn air without missing a chord. Also: Waltham having an actual guitar tech (Peet wasn’t in the band yet).

“Back In The Village” by Iron Maiden. It’s just the right amount of roll in a heavy rock song. Hell, we are still trying to copy it, with varying results.

Is it weird to miss the Rosebud? The layout was weird, no real lighting and the sound mostly sucked. But they would sometimes name drinks after your band and feed them to you with abandon. Which makes you think… was it the sound system that made you sound bad? Hmmmm.

More about OfficeR on their Rumble page. 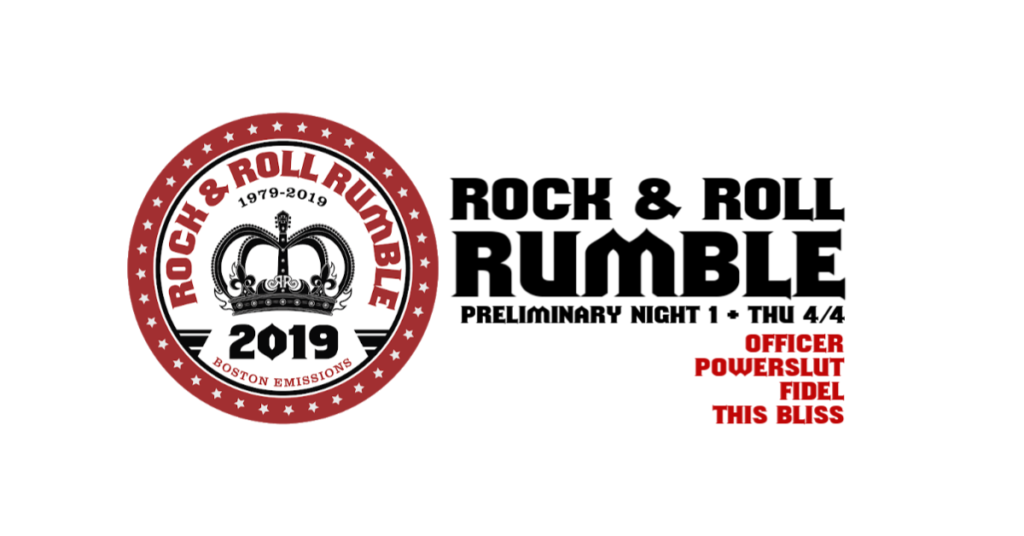